A practicing lawyer, Daniel R. Theriault Q.C. is chairperson of the Workers’ Compensation Appeals Tribunal. He was appointed by the Lieutenant-Governor in Council on May 28, 2015 for a five-year term, and is responsible to the Minister (PETL). He currently lives in Fredericton.

Daniel’s legal career began in private practice in 1988, specializing in administrative law and indigenous law. During that time, he has represented various self-regulating professions as well as many first nation communities within the province of New Brunswick. He was appointed to Queens Counsel in 2008, served as the public intervener before the Energy and Utilities Board from 2006 to 2011, and has appeared before all levels of Court—including two appearances before the Supreme Court of Canada. 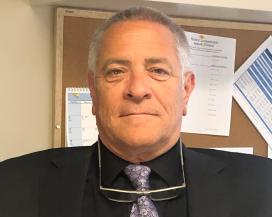