A practicing lawyer since 2015, Daniel Leger was appointed vice-chair of the Workers’ Compensation Appeals Tribunal in July 2017 for a three-year term. He currently lives in Dieppe.

After earning both an Honours Bachelors degree in Biochemistry and a Juris Doctor from the Université de Moncton, Daniel was admitted to the Law Society of New Brunswick in 2015. Aside from his duties as vice-chair of WCAT, he works as a sole practitioner who practices in family and criminal law, often representing those who cannot afford legal representation. He also represents the otherwise unrepresented by dedicating a portion of his time to acting as duty counsel in both Provincial Court and in the Court of Queen’s Bench, Family Division.

When not attending to his duties as vice-chair and lawyer, Daniel enjoys mountain biking, hiking, and skiing. 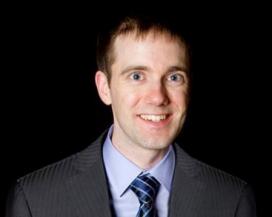