A trial lawyer handling civil litigation cases since his admission to the bar in 2009, Mario J. Lanteigne was appointed Vice-Chair of the Workers’ Compensation Appeals Tribunal in August 2020. He currently lives in Bathurst with his wife and three sons. 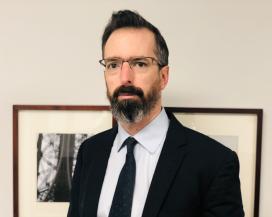