A practicing lawyer since 2005, Liza A. Robichaud was reappointed vice-chair of the Workers’ Compensation Appeals Tribunal in September 2022 for a three-year term. She currently lives in Bathurst.

Liza graduated from Dalhousie University in 1994 with a Bachelor of Commerce, specializing in Marketing, and obtained her LLB from the University of New Brunswick in 2004. After law school, she articled with the Office of the Attorney General of PEI, and in 2005 returned to her hometown of Bathurst, NB to become the third generation to work in the family firm. In 2011, Liza was appointed as a Tribunal Member with the Office of the Commissioner of Review Tribunals, and continued on as a Tribunal Member with the Social Security Tribunal in 2013. In 2017 she returned to private practice.

Proud to be involved in her community, Liza is Vice-President of the Bathurst Gloucester SPCA, and a former member of both the Rotary Club of Bathurst, Synergies Chaleur Inc., and Women in Law forum. 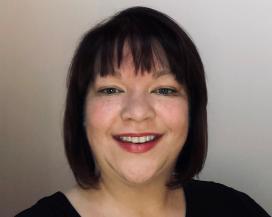